QUEEN’S PARK — On Wednesday Doug Ford claimed that Ontario was hitting its COVID-19 testing targets. But Ford has moved the goalposts to make those targets lower, and they’re still not being met.

The government still hasn’t consistently met their own lower target, and as of Wednesday, the province has tested 100,000 fewer people by failing to meet its original target. 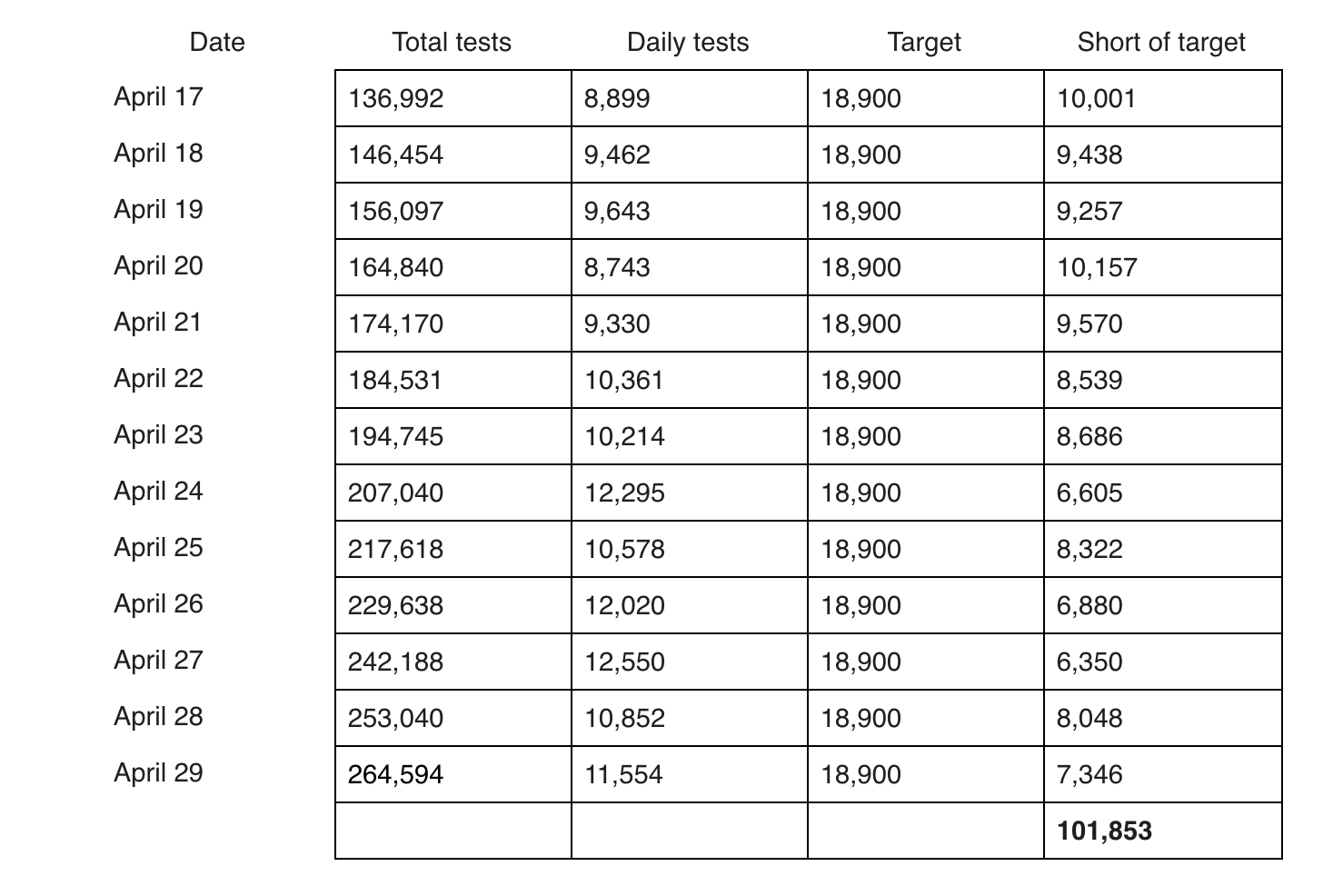