QUEEN’S PARK — The Canada Christian College (CCC) is a registered charity, which collects a small fortune in tax-deductible donations, but the financial statements they’ve scrubbed from the internet show that the CCC is funding loans for the McVety family, buying “toys” like recreational vehicles for the campus, and allocating hundreds of thousands of dollars on the books for “travel” and “automotive.”

“Photos that have suspiciously been scrubbed from the internet show Charles McVety and his immediate family using quads, jet skiis, and pleasure crafts, some of which appear to have been purchased by the Canada Christian College, for their personal use,” said NDP Ethics and Accountability critic Taras Natyshak. “They even referred to the equipment as ‘new toys’.”

“Is this what donors hoped to fund when they gave to charity?”

Charles McVety, known for unrepentant attacks on members of the 2SLGBTQIA+ community as well as Muslims, has applied for his CCC to be a university that grants degrees in science and arts. Premier Doug Ford tried to short-circuit the application process by hiding a clause in an omnibus bill that would just grant his good friend and political backer McVety the university status and degree-granting power he’s seeking.

On June 5 2019, Shannon McVety, also a CCC employee, posted photos of ATVs purchased by CCC. She called them “new toys” for students to use. Charles is photographed on the ATV in these now-scrubbed photos: https://archive.vn/PIybc 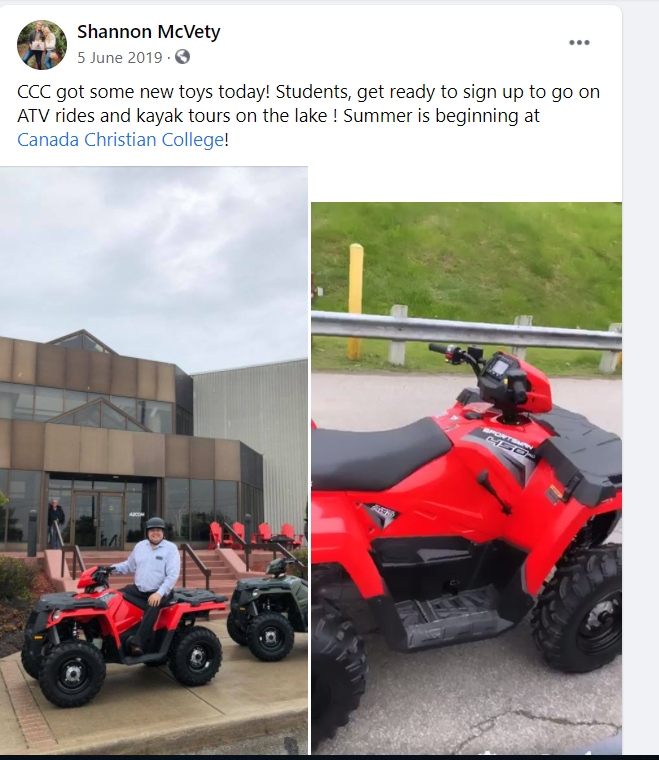 The CCC appears to own a boat for staff use, which is stored at the CCC. These photos have been removed, but are archived. https://archive.vn/KuIsX 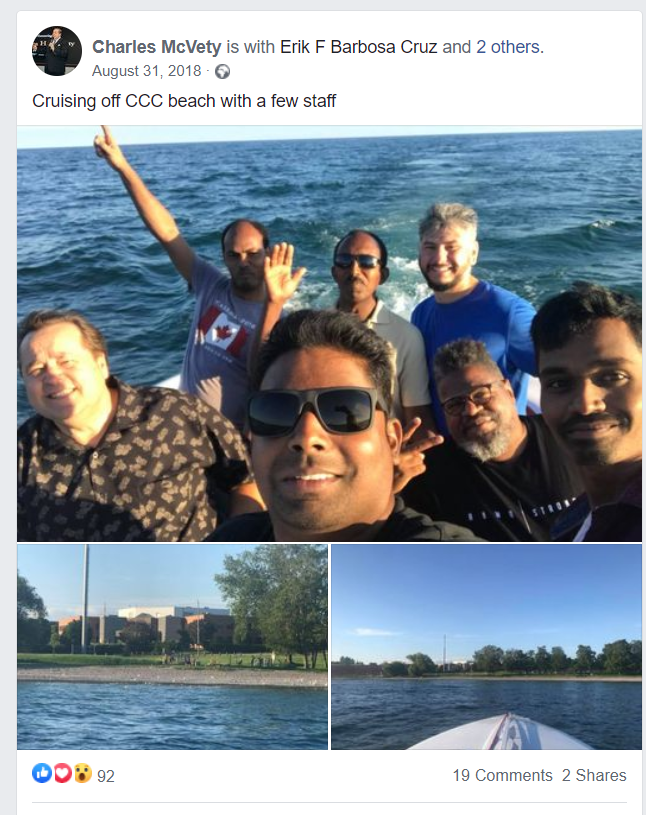 What appears to be the same boat goes with McVety to Muskoka, according to social media posts since removed from the internet. https://archive.vn/Y1cR9 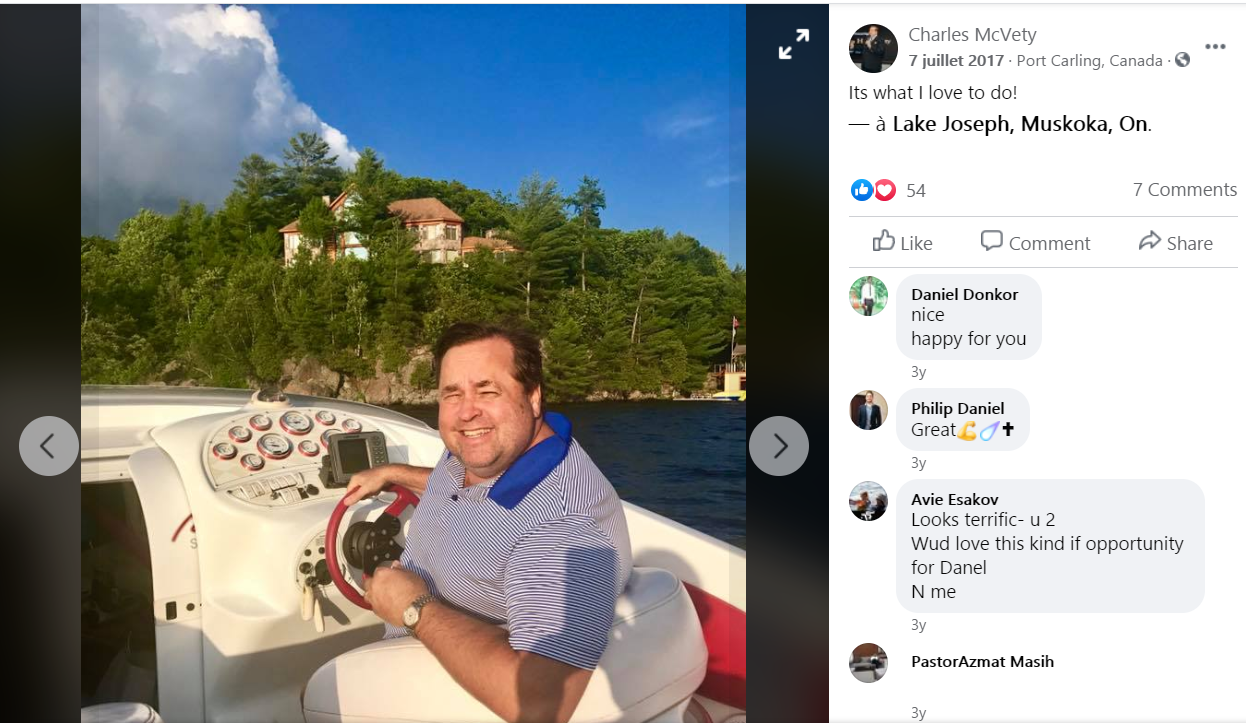 The McVetys have another boat in Florida. They often are photographed on it, which they use near their vacation home in Estero, Florida. It’s ownership is not known. 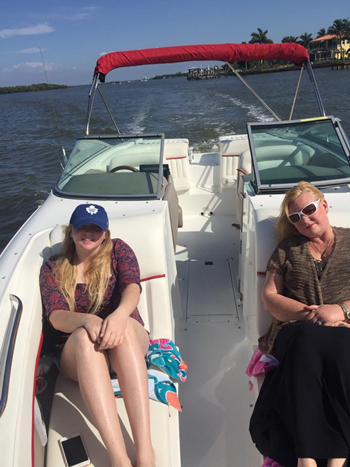 CCC appears to own multiple jet skis. On July 3, 2019, Charles and Shannon McVety are photographed from the water in front of the CCC “Notice CCC in the back” reads the post. 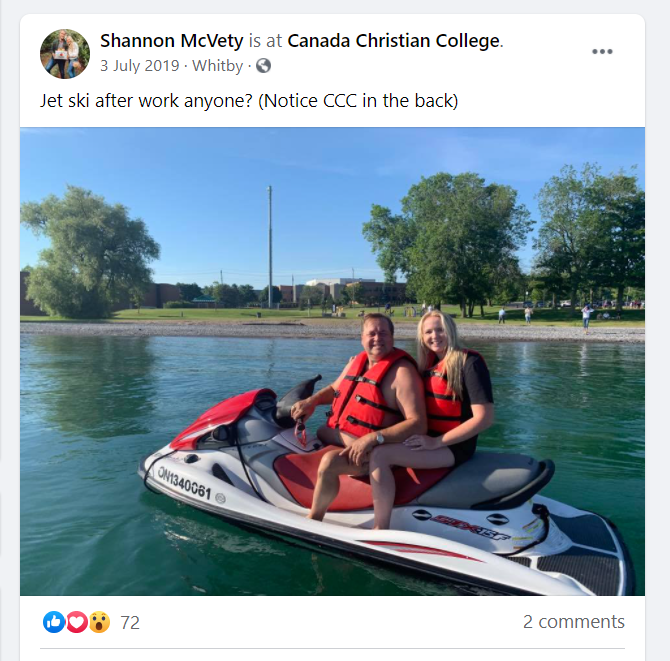 On June 17, 2012, Ryan McVety and his wife Lindsay posed in the CCC parking lot with the CCC boat and two jetskis. The photo has been removed: https://archive.vn/zjORP 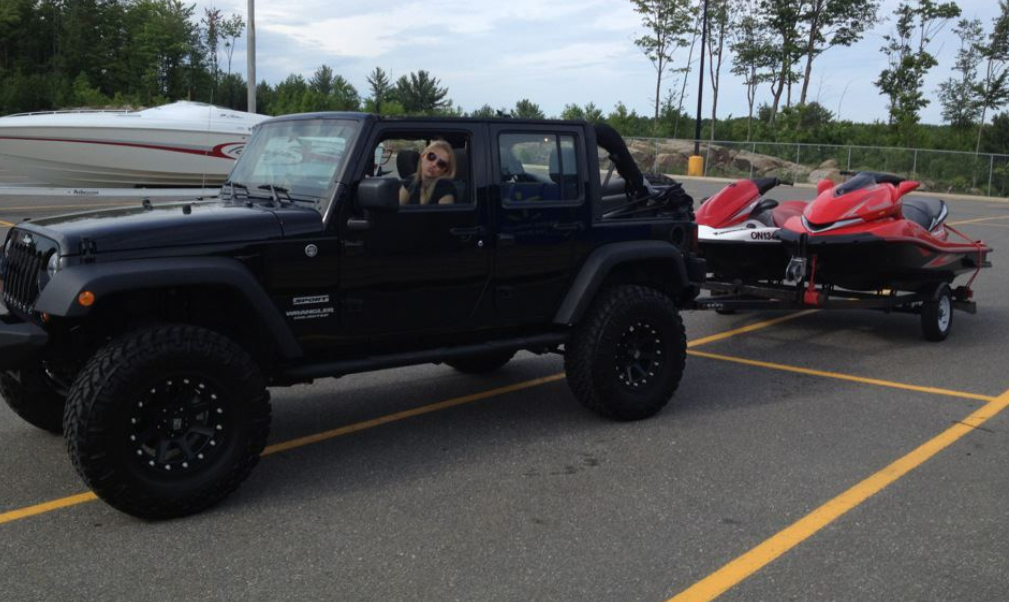 On Sept. 13, 2016, Charles McVety posed on one of these same Jet skis in Muskoka. The photo has been removed. https://archive.vn/u1dGc 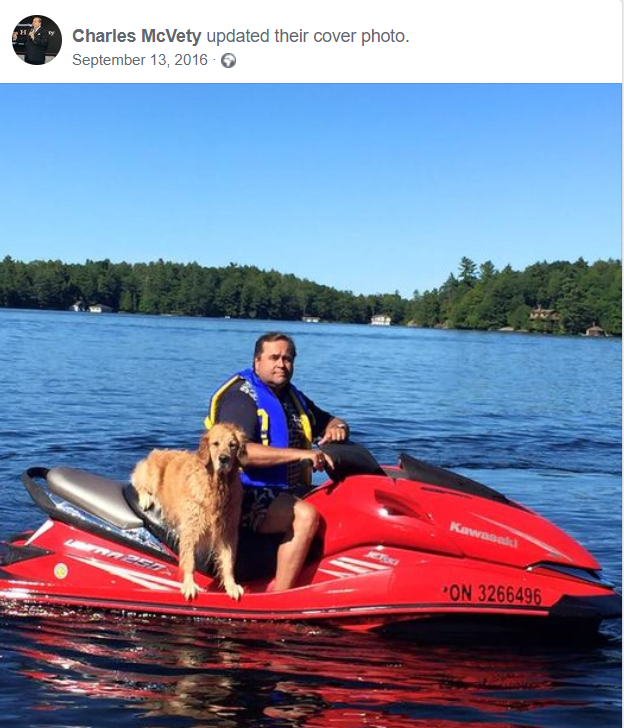 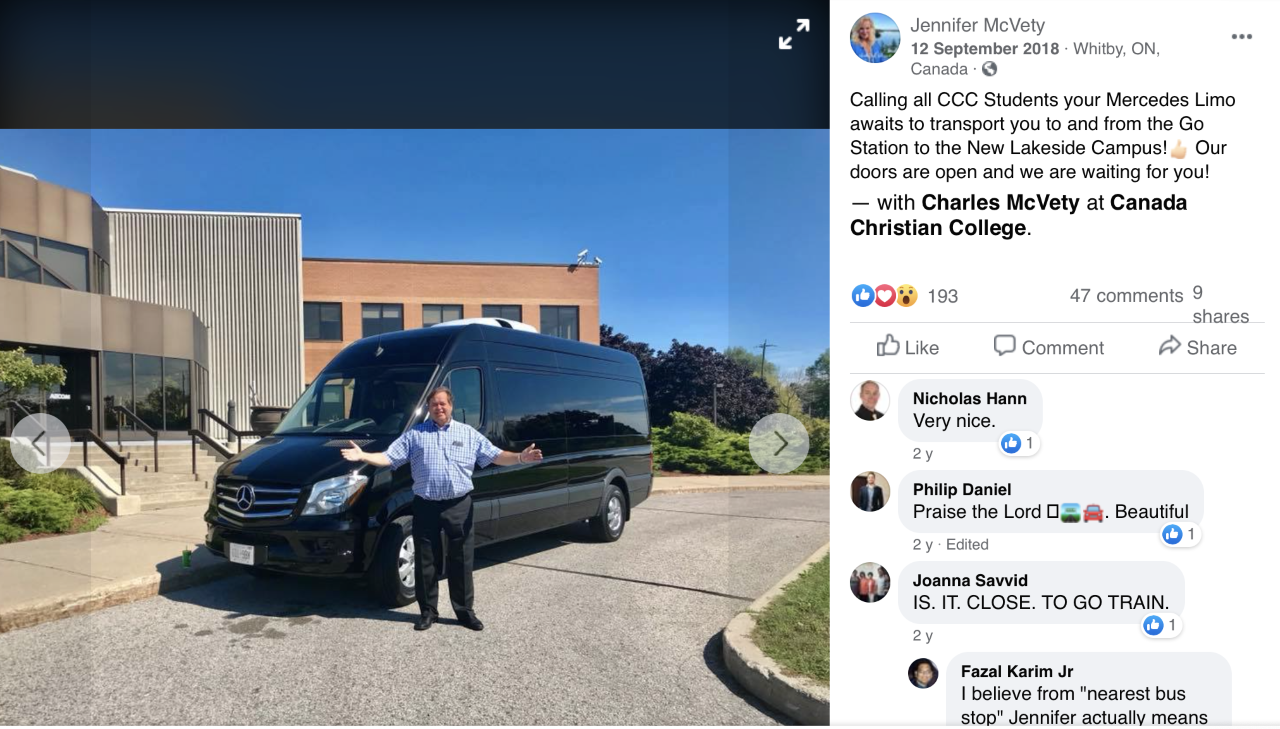 McVety’s lawyer stated Oct. 29 that “housing and car allowances for him were set up as loans with interest as well.” Presumably, that’s for the McVety family’s personal vehicles. But in addition to those vehicles financed by the school, the school also bought a “limo” van. On Sept. 12, 2018, Charles McVety was photographed in front of a new Mercedes captioned as the college’s new “limo” at the CCC. The CCC lists $223,405 in costs for “transportation vehicles” in 2019 and $171,238 in 2018 on their financial statements. Auto Trader states a new version of this van, the Mercedes Benz Sprinter, retails for an MRSP of $69,000 https://archive.vn/IJSY1